This 50m high scaffold designed by Layher, needed to address a number of issues:

Firstly, the building is circular with a tight 8.5m radius at the top floors and steps out almost a metre over the first four levels. This involved transferring the load of the scaffold out to a second bay.

Secondly, the only fixing points were columns either side of the scaffold. The scaffold was tied to the building using 10mm cable and a turnbuckle system secured to brackets drilled into the columns either end and fixed around the inside standards with couplers.

To add a little more interest, the owners required a 4.5m opening in the scaffold to drive vehicles through (achieved using Layher four 750mm deep aluminium beams) and a 2m cantilever at the 40m level. Tolerances were such that the standards could be no more than 20mm out both horizontally and vertically so the console brackets fitted over the sills.

The photo shows the scaffold 8m short of completion. 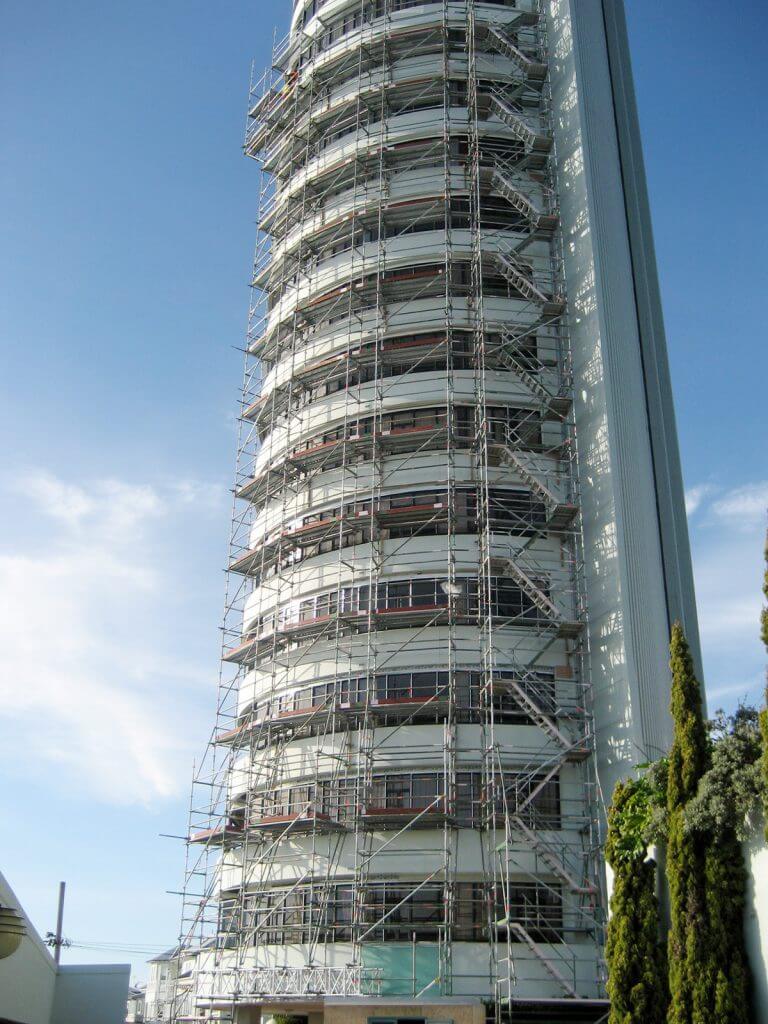