Auckland’s iconic Ferry Building has turned 100 years old and had a well deserved refurbishment. With the versatility of the Layher Allround scaffolding system the historic waterfront building was scaffolded using 1.09m wide bays that were reduced to 0.73m width at the top overhang.

To reach the inset areas the scaffold utilised both single and double console brackets making the scaffold vary in width from 0.73m and 1.40m.

The tower scaffold could not be supported on the roof itself and uses two 1.09m x 0.73m scaffolding towers at the front corners of the building and at the back a propped system through the roof to a concrete floor two levels below.

Scaffold above the tower was supported on three 10.5m (2 x 5.25m) long 750 aluminium lattice beams. Being a historic building wall ties were not permitted so the entire 44m tall scaffold was supported by compression ties. 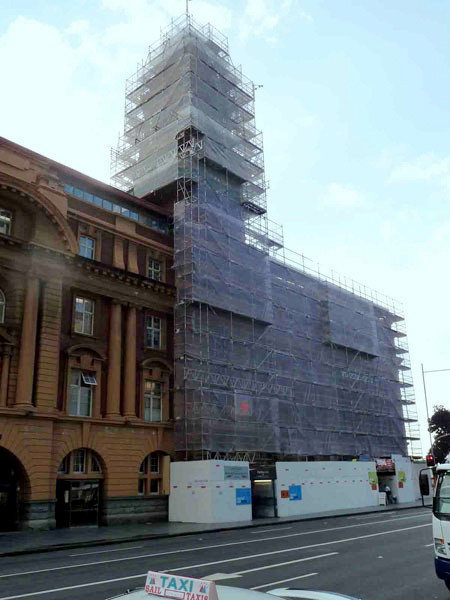 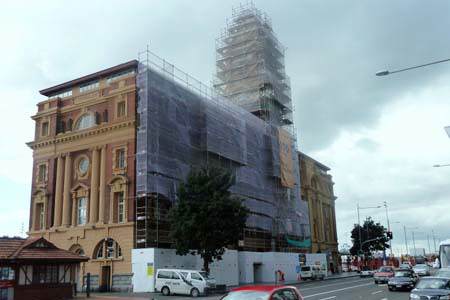