This month we are beginning the roll-out of our new uniforms.

In recent times, more and more construction sites and companies are adopting the “full cover PPE” safety policy. This generally refers to the requirement to have all members of the team working on-site, in alike long sleeve hi-viz shirts and long trousers. This aligns our standards with clients expectations and prevents non-conformance on site. The introduction of new PPE is to eliminate epidermal injuries such as scrapes, cuts, and bruises, along with sunburn in the summer time.

You will see our team on site shortly, in new Hi- Viz uniforms, with company branding and embroidered names.

Held at the South Pacific Scaffolding yard, this training was relocated inside due to inclement weather and storm warnings.
Our nominated rescuee was shrink wrapper Ryan Hughes (as shown feigning unconsciousness), with the rescue led by Damien Willis, Blair Murphy, and Jed Klaassen.
Within this training, we discussed and demonstrated the dangers of suspension trauma, (the loss of consciousness due to a victim being held upright with limited movement, resulting in blood pooling in the lower body for a period of time) which can rapidly lead to death if not promptly recognized and treated accordingly. This can set in in as little as 10 minutes.
The rescue of a worker who has fallen and is suspended in their harness needs to be undertaken as quickly as possible for several reasons.
* The worker may have suffered injuries during the fall and require medical attention.
* Suspended worker may panic if not rescued quickly
* The events that led to the fall may create additional risks that need to be addressed.

We also discussed self-rescue techniques, utilizing ladders and EWP’s where available, rigging separate lifelines for rescuers to use while performing a ladder rescue, rescues over water and utilizing the Gotcha Rescue Kit, ( as photographed), calling Emergency Services and Site Management in a timely manner, and how to deal with a situation where a person has fallen and is suspended in an inaccessible area ( e.g against a building, or a structure that has no openings) . Due to the inherent risk to the rescuers and/or the victim, this type of rescue should not be undertaken by people without specialized training and experience.

Remember, a successful rescue is one where all parties are safe. Do not place yourself into a situation which is unsafe. 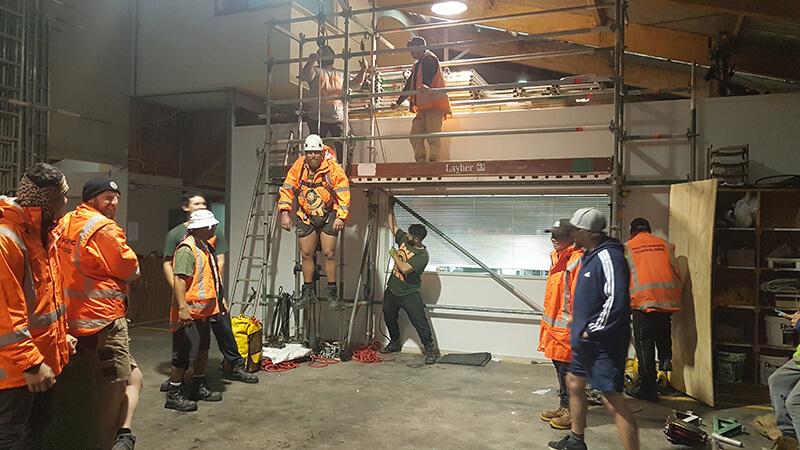 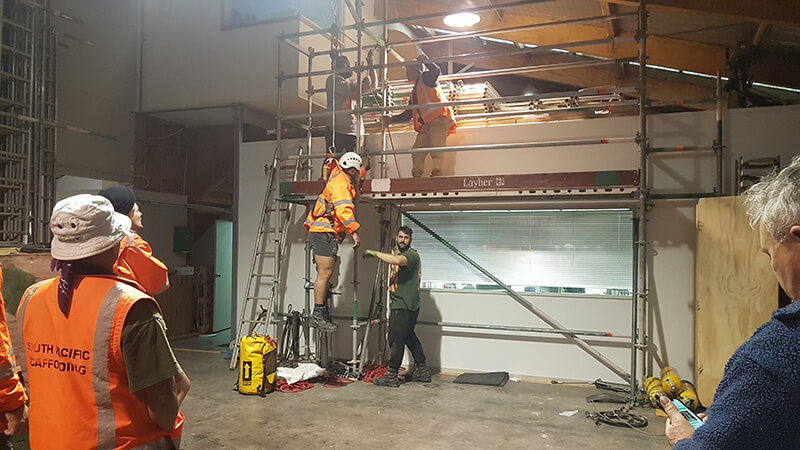